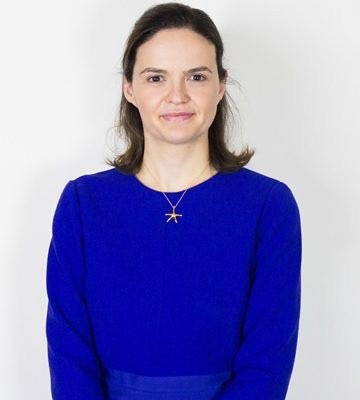 How your career into sports law began

I had my heart set on becoming a lawyer from my school days but chose to read Philosophy and Theology at university, rather than law, purely because it was a subject that fascinated me and I knew I was unlikely to have an opportunity to indulge it after I started work.  As it happened, writing two essays a week for three years and learning how to frame arguments on the some of the most esoteric of topics provided an excellent grounding for the skills I would need as a lawyer.

After graduating and undertaking a conversion course at law school, I began my training contract at Freshfields.  Thanks to my uncle, Michael Beloff QC, I was aware of the intersection between sport and law (then still in its relative infancy) and the possibility of combining an (armchair) passion for sport with a legal career.  At Freshfields I was lucky enough to work for eminent litigator Raj Parker, who sat as a Court of Arbitration for Sport arbitrator alongside his commercial litigation practice.  It gave me an insight into the inner workings of sports disputes and arbitration and prompted me to make an early leap to London’s then leading sports law practice, Denton Hall, headed by former BASL chair Adrian Barr-Smith and Mark Gay.

After that, I spent 10 years in the sports and IP team at DLA Piper, principally working on IP litigation for sports rights owners, including the Premier League’s long-running case against suppliers of non-UK decoder cards to UK pubs.

A short overview/insight into what you do

Since 2016, I’ve been the Director of Legal and Governance and Company Secretary at the British Horseracing Authority.  The legal issues surrounding horseracing, like any sport, are myriad and I can genuinely say after almost 5 years in the role I still encounter something new every day.  I’m also privileged to work with people who are passionate about the sport and particularly the health and welfare of the equine stars of the show.  As someone who had relatively little experience of horseracing when I started, the enthusiasm and dedication of my colleagues was infectious from the outset.

A memorable or funny story from your career

As a huge cricket fan, I was thrilled to work with Geoffrey Boycott when acting for Inzamam-ul-Haq and the Pakistan cricket team on charges of ball-tampering during the fourth day of the fourth Test between England and Pakistan at The Oval in 2006.  I remember him explaining at some length that he was unable to take a train from Yorkshire to attend the hearing in London, because of the number of hats he needed to travel with, which could only be accommodated by a private, chauffeur-driven car.

The ball at the centre of the scandal was kept under lock and key at Olswang’s offices and could only be inspected by the parties under strict supervision to preserve its condition.  I struggled and failed to understand from Simon Hughes, our expert witness, the complex science of reverse swing, which was said to have caused the peculiar striations on the surface of the ball.  After the hearing, the ball disappeared in mysterious circumstances, I can only assume to the mantlepiece of one of the numerous lawyers involved in the case (not me).

Have you ever had a star struck moment, if so, who?

At Dentons, I worked for the Premier League on their inquiry and subsequent prosecution of the alleged tapping-up of Ashley Cole, then at Arsenal, by Peter Kenyon and Jose Mourinho of Chelsea, and interviewed all three as part of the investigation.  I was entirely star struck by Jose Mourinho and kept carefully for years afterwards a sketch he produced during the interview of him, Peter Kenyon and Ashley Cole during their infamous meeting at a London hotel.

On joining DLA Piper, I was part of the team acting for the Premier League in its disciplinary proceedings against West Ham FC and subsequent High Court litigation relating to the third-party ownership of Argentinian stars Carlos Tevez and Javier Mascherano.  The case provided a fascinating insight into a practice that the then Premier League Chief Executive, Richard Scudamore, compared to “indentured slavery” and was subsequently banned by the Premier League.

Early on in my time at the BHA, we conducted a review of our Disciplinary Panel and Appeal Board, independently led by Christopher Quinlan QC.  On Christopher’s recommendations, the review resulted in the establishment of an entirely new and independent horseracing Judicial Panel and the appointment of the BHA’s first independent Judicial Panel Chairman, His Honour Brian Barker CBE QC.  The new structure has been of enormous benefit to the BHA in its regulatory role and to racing’s participants, and I’m proud to have been involved in its creation.