Meet the Board – Nick De Marco

The British Association for Sport and Law have appointed Adam Lewis QC as their new president.

BASL is a professional association representing sport law practitioners, sports administrators and sports law. As President, Adam Lewis QC will lead a Board of Directors, comprising leading sports lawyers from around the UK, including Nick De Marco QC also of Blackstone Chambers.

Adam Lewis QC has for some time been widely recognised as the leading expert on sports law at the Bar and has acted in many of the leading cases of recent years. Adam regularly advises national and international sports governing bodies, clubs and individual competitors, across a wide range of sports. His work has included issues concerning the legality of governing bodies’ rules and actions, disciplinary and drugs related disputes, player/club disputes, and the commercial exploitation of sport through broadcasting, sponsorship and merchandising. 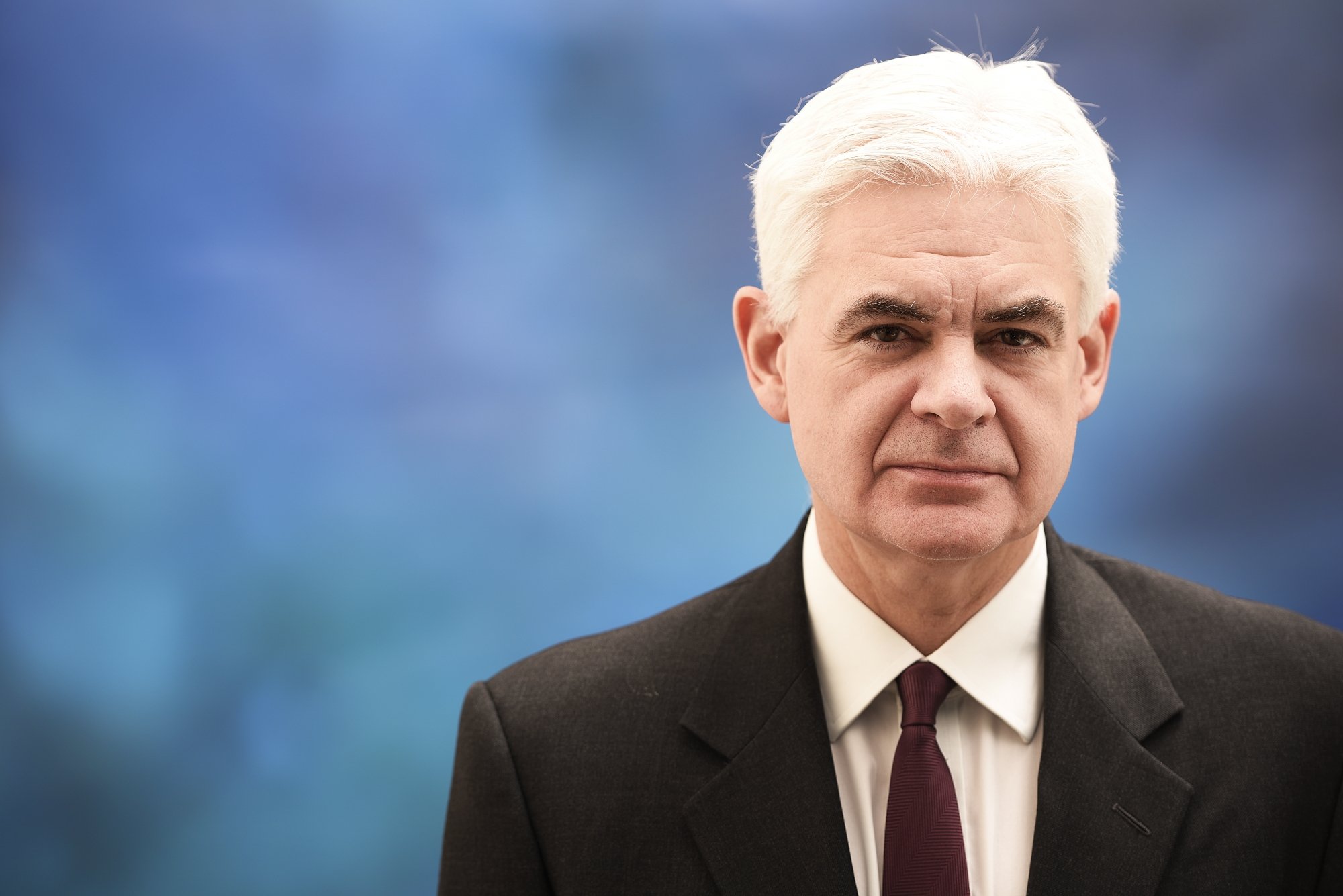 Meet the Board: Nick de Marco

How your career into sports law began

I didn’t think about being a lawyer, or even going to university, until I was nearly 30. Before that I had no A-levels, a stop-start career as a film and video editor, a passion for photography and a chain of retail and hospitality jobs. I was also a trade union and political activist. I learnt how to argue, and I had some brushes with the law. So when I started to finally worry about what I should do when I “grow up” I decided to try to be lawyer. 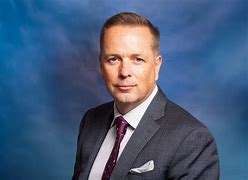 I thought I would be a criminal defence lawyer, or someone specialising in human rights. I also thought you had to be a posh Oxbridge type to become a barrister. Mooting at UCL, as well as the encouragement I received from teachers, persuaded me to try for the Bar. I was amazed when I was offered a pupillage at Blackstone, and even more surprised when they took me on as a tenant.

I had a luck breaky in my first year, covering some satellite litigation for Swindon Town FC who were being sued by Neil ‘Razor’ Ruddock. It was one of those hopeless cases only worth sending a “baby junior” with low fees to a tribunal for.  But I negotiated a commercial deal that settled the case. Some maturity, experience of “real life” and a pragmatic approach helped with this and many of the sports cases I did after.

I was a passionate football fan since I was 11 (QPR). The sniff of any cases involving football excited me. It made me try harder, and I was constantly looking for opportunities. A few years into my practice I became a pro bono unofficial legal advisor for the then Board of QPR. It was terribly stressful, the Club was on the brink of administration, but I learnt far more about the football industry than I would have from just doing cases.

But the truth is I never imagined I would be a sports lawyer when I started. I never knew there was such a thing as sports law. I still encourage people today who have an interest in sports law to make sure they remain open minded and get some experience in some core useful areas, such as commercial, employment and regulatory law, before specialising. Had I stuck to what I thought I wanted to do when I was first offered tenancy I would have never ended up being a sports lawyer. Now I would not have it any other way.

A short overview/insight into what you do

I act for anyone who has a dispute in the sports sector. This can range from acting for clubs, leagues and regulatory bodies, players, managers, agents, and other sporting participants to acting for commercial sponsors or investors. The disputes can be disciplinary or purely commercial. They involve almost every aspect of the law, from IP to human rights, tax to financial regulation, doping to personal injury. The only common theme is the disputes arise within the sports industry.

Most of my work is in football, not only because it is the best sport in the world, but also because it is where most of the money and therefore work is.

It’s important to me to act for many different parties, and not to become pigeon-holed, as some sports lawyers do, as only acting for (or against) regulators. I think only acting for regulators in particual can be stifling and can encourage bad habits.

A memorable or funny story from your career

I remember having a suit made at a good tailor in Singapore recommended to me by a city solicitor there. It was just after Manchester City had won the Premier League title following the closing match between City and QPR when Joey Barton got sent-off for a famous altercation with Tevez, Aguero and Kompany.  The tailor remarked that my sartorial tastes were more flamboyant than his solicitor client. I explained this might be because I was a sports lawyer and didn’t have to dress quite so conservatively. He said something like, ‘so you mean when Joey Barton gets in trouble, he calls you up?’. I laughed, and said yes, actually. Little did he know Joe was my client and I had spoken to him only days before.

Have you ever had a star struck moment, if so, who?

I have had a few near star struck moments with clients but I suppress the feeling because they don’t want their counsel to be wide eyed and dribbling. But I remember being taken to the hotel where Juventus were staying before they played Arsenal in a Champions League match by an Italian friend of mine who got me tickets for the game and knew some of the Juve directors. It was just before my beloved Italy won the 2006 World Cup. I saw this charismatic handsome man with with piercing blue eyes who looked strangely familiar. My friend introduced us, “you know Fabio, don’t you Nick?” and I realised he was Cannavaro, Italy’s masterful captain. I was as star struck and dumb founded as anyone as he shook my hand. I still have the (framed) Juve shirt I got him, and Gianluigi Buffon to sign.

Probably the QPR  “third party ownership” case. The outcome of the FA charge could have prevented QPR being promoted back to the Premier League for the first time in 20 years. We won despite the FA throwing everything at it. The verdict was not announced until the last match of the season. Police were worried about a riot at the ground if we lost. There was confusion about what to do with Championship trophy (that was ultimately awarded to QPR). When the verdict was announced there was cheer down the Uxbridge Road louder than was heard during the otherwise dire last match of the season. I have had a few cases since where promotion or relegation of a club depended on the outcome of my work, which should never really be the case and is an incredible pressure, but being a QPR fan as well as counsel on the eve of return to the Premier League is one I won’t forget.

I can’t give the QPR case (or the other FFP one that nearly bankrupted the club until we negotiated a settlement on the eve of the appeal) as an answer to two questions, so I will have to say it was being made a QC a few years ago. Part of me never believed I would be a QC. I still pinch myself now. It’s not something I thought about, or imagined myself as, until I started to get to the stage where you feel you must apply. By the time I applied I was already doing only sports law, and I was worried this meant I was in court less often – 95% of my cases are in specialist sports arbitration. Friends and family were so proud and colleagues so nice about it, but I doubt many realised just how proud and happy it made me feel. It’s silly really, as it is just a couple of letters after your name and I don’t really believe is a necessary accreditation, but when your peers recognise you in the field you practice it is a real highlight.

Other highlights involve being “adopted” by fans of some of the well supported clubs I have acted for in the past in a few high profile cases, like Leeds, Sheffield Wednesday, Derby, Celtic and Newcastle. I read on Twitter that I am an adopted Geordie now, which is a career highlight of a different kind.

Update on the 2022 Basl annual Conference

BASL are delighted to announce that this year’s re-arranged BASL Conference will still take place in the beautiful surroundings of the The Kia Oval – Surrey County Cricket Club on the new date – June 16th 2022.

We are also happy to confirm that this years Keynote Speaker will be Richard Whitehead MBE.

Having already delivered the first instalment of this years line-up we are now taking bookings for our next event entitled ‘Integrity in Sport: Challenges and Considerations.’ Delivering this class will be Tim Naylor, a member of the British Horseracing Authority. You can see the rest of our line-up below…