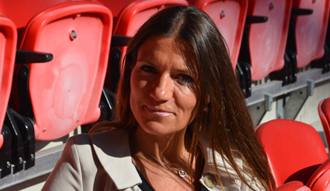 Polly was a partner in a law firm based in Mayfair before moving in-house. She has been involved in sports law for a number of years. She previously worked for the Rugby Football Union as Deputy Head of Legal dealing with a wide range of legal and governance issues spanning commercial, contentious, and regulatory and governance. Whilst there, she led on a long running Court case involving the sale of tickets on the secondary market in breach of the RFU terms and conditions and was successful in the High Court, Court of Appeal and Supreme Court. She also headed up the safeguarding team. She represented the RFU in many disciplinary cases both for on field and off field offences and was a member of the anti-doping advisory group and represented the RFU in charges brought against players who had tested positively for prohibited substances.

Polly joined The Football Association in 2014 and, since 2016, is the Legal and Governance Director for The FA. She is responsible for overseeing all aspects of the legal function for The FA, both contentious and non-contentious as well as the game governance function which includes Integrity (including betting, match fixing and anti-doping), Safeguarding Case Management, and all aspects of FA Discipline both on and off-field. She is also responsible for the Company Secretarial function.