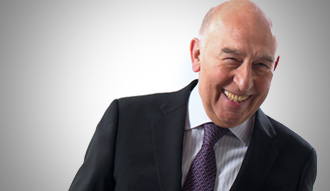 Maurice is Senior Partner at Brabners LLP Manchester and is also Head of the Sports team. In 2012 Maurice stepped down as a director of Manchester United Football Club after 28 years’ service.
Maurice was a Director of the Rugby Football League Board for 12 years and also interim Chairman. He is a director of Lancashire County Cricket Club. He is President of the British Association for Sport & Law and Chairman of British Swimming, the Rugby League European Federation and Barnsley Football Club. He is a trustee of the Professional Footballers Pension Scheme.
Maurice chairs a number of charitable bodies including Central Manchester University Hospitals NHS Foundation Trust Charity, the Board of Governors of The Manchester Grammar School and New Islington Free School. He is also a Council Member of Bradford University.
Maurice was awarded an Honorary Fellowship by University College London in 2011 and the CBE in the Queen’s Birthday Honours List 2011 for services to Charity. He was also recognised in the Manchester Legal Awards 2013 for an Outstanding Achievement Award and he received the North West Pride Award at North West Business Masters Awards 2013. He was voted 2014 International Sports and Entertainment Lawyer of the Year at the Who’s Who Legal Annual Awards in New York.