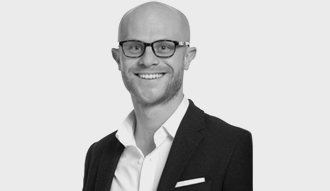 Hussein Fahmy is the Head of Legal and Commercial at Team Sky. Hussein started out in private practice at Herbert Smith. He moved to Sky to take up the position of Legal Counsel for their Sky Movies, Entertainment and Sky News channels advising principally on programme acquisition and output agreements with a number of UK and US studios. Hussein Joined Sky Sports in 2011. In that role he was responsible for negotiating a broad range of media agreements, with a particular expertise in broadcast rights deals. Hussein worked with a range of rights holders including ECB, European Tour and the PGA, ATP, Formula One Management and NBA. Hussein also worked on the talent / endorsement deals within Sky Sports and managed Team Sky’s legal affairs for its shareholders, Sky and Twenty-First Century Fox. Hussein joined Team Sky full time in 2014 to head up the newly formed Legal and Commercial Affairs function. His responsibilities include executing the commercial and corporate development plan for Team Sky as well negotiating all rider / image rights, sponsorship and other commercial programme agreements and overseeing the Team’s governance and partnerships arrangements.